Turning CAT from yellow to green 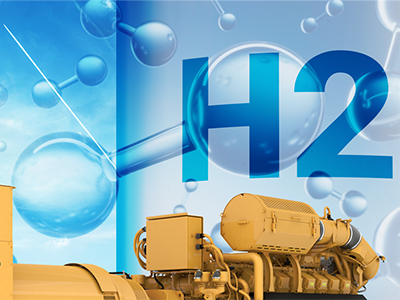 Photo credit: Caterpillar Inc.
This article was published by Kerrie Walker on 26 April, 2022

With the ever-growing list of customers' climate-related goals, it is no shock that Caterpillar has committed to several new green initiatives. Though the company has always pledged to support and work with customers, it has become even more evident following several announcements late last year.

A hundred-million-dollar deal between Newmont and Caterpillar has been announced as a movement towards achieving zero emissions mining. The agreement will see the automation and electrification of fleets at two different mines, delivering a fully connected, automated, end-to-end mining system.

Newmont has committed to cutting emissions by 30% by 2030 and being carbon neutral by 2050. As the company's underground and surface haul trucks are responsible for approximately 40% of their company's carbon emissions, their president and CEO announced they will further their commitment via their alliance with CAT and address climate change, "by fundamentally changing the mining industry".

Sixteen automated haulage vehicles are being deployed this year in Colorado at the Cripple Creek and Victor open pit mine. This fleet will then transition to electrified vehicles, and as an end goal, twenty-six battery electric autonomous surface haulers and underground vehicles will be deployed by 2027.

The ambitious alliance will see Newmont support CAT in validating evolving features and functionality in its Mine-Star fleet management system, something that is expected to be crucial with battery-electric haulage systems.

In addition to developing electrified earthmoving machines, CAT is also turning their attention to the development of sustainable generator sets. In the past, CAT has produced gas turbine sets and diesel generators; however, as of the end of 2021 new CAT generator sets capable of operating on 100% hydrogen have been offered on a designed-to-order basis.

These generators are fuelled by green hydrogen and cater to mining companies that are looking to attract environmentally conscious investors.

"Our continued investment in new products, technologies and services is one way we're supporting (customers) with the quality solutions they've come to count on from Caterpillar," CAT Energy and Transition President Joe Creed said.

These innovations build upon the company's hydrogen solutions portfolio, including their natural gas generator sets that can be configured to operate on natural gas blended with up to 25% hydrogen. The company continues to make moves that are likely to align with customers' plans for a reduced-carbon future.

Announced late last year, in collaboration with Ballard and Microsoft, CAT is looking to demonstrate its own power system design which incorporates large-scale hydrogen fuel cells. The three-year project will see CAT install a large-format hydrogen fuel cell into one of Microsoft's data centres.

Battery manufacturer Ballard incorporated CAT's power modules into their fuel cell design, which will demonstrate a 1.5 MW backup power delivery. 99.99% of Microsoft's data centre electricity requirements will be provided by the cell and if the trial is a success CAT plans to roll out similar power systems in the mining industry.

Under the H2@Scale initiative, the project is being partially funded by the U.S. Department of Energy and backed by the National Renewable Energy Lab. The collaboration represents a huge step toward commercially viable power solutions that also assist CAT's customers to make their operations more sustainable.

While there has been no announcement as to when this technology will roll-out in Australia, it's interesting to see just how many areas within a mine site's operation will change in the future to reduce emissions to meet the industry target of net zero emissions by 2050.

This article was originally published by the Components Only team in the April 2022 issue of "@ The Coal Face" magazine.

Components Only is a global leader in the trade of heavy earthmoving components. Our team support users of equipment found in mining, earthmoving and construction, providing them the ability to buy, sell and source new, used, rebuilt and non-genuine components.
Read more /